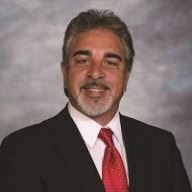 As a first time political candidate, Mr. Politis was elected for Seat 4 in the 2018 mid-term elections and was sworn in on November 13, 2018.

Born in Queens, New York Michael Politis grew up in a Greek family and became fluent in both the Greek and English language. He made his way down to Florida at a young age and eventually became a state prosecutor. He rose from a misdemeanor prosecutor to chief of the homicide division, where he had a 100% conviction rate. He now lends his honed court experience and legal skills to his career as a personal injury lawyer in Daytona Beach.

Mr. Politis boasts a long, and distinguished career. He has been practicing law for over 30 years and in that time has been invited to speak before the FBI National Academy, State Attorney Office, and Florida Justice Association. He is Senior Partner/Owner of the Law Firm of Politis and Matovina, P.A, in Port Orange. Mr. Politis has held numerous other positions in his career such as Chief of Homicide and Felony and Misdemeanor Prosecutor at the State Attorney's Office, Seventh Judicial Circuit, Daytona Beach, Florida. For his contributions to the community he has been awarded the Periclean Award from the Order of AHEPA, and the Business of the Year Award from the American Cancer Society. His work has even achieved national acclaim, earning him numerous television appearances on Current Affair, TruTV, and Oxygen channels and was featured in a book Just Another Innocent Life (JAIL) about a high profile murder case.

Mr. Politis is looking forward to serving the community and residents of Daytona Beach Shores.