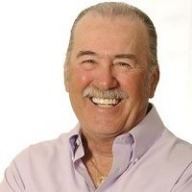 Born and raised in Louisville KY, Mel served four years in the Marine Corps.  His last Marine Corp duty station was in Philadelphia, where he remained after his discharge.

Mel was the founder and CEO of a successful graphic arts company in the Philadelphia area. After being a snowbird in this area for six years, he decided to take early retirement to move to his beloved Daytona Beach Shores, where he’s lived since 2001.

In addition to being a business executive, Mel has held (and continues to hold) a number of leadership roles. He served on the planning committee for the City’s 50th Anniversary celebration, on the Police Pension Board, and on the Planning Committee for the City’s new Community Center. Until his election, he also served as the Chairman of the City’s Board of Adjustments and as the Vice President of the Daytona Beach Shores Community Foundation.

In retirement, Mel earned professional designations as a Certified Fund Specialist from the Institute of Business and Finance and as a Wealth Management Specialist from Kaplan College. He’s the author of two best-selling investing books and a columnist for Forbes.com. Mel is the co-founder and Moderator of two online financial help forums.

He was commissioned as a Kentucky Colonel by the Governor of the Commonwealth of Kentucky. Money Magazine honored Mel as one of its “Money Heroes” for his work in investor education and Delaware County Community College honored him with their Alumni Professional Achievement Award.

Since being elected to office, Mel has completed all four levels of the Institute for Elected Municipal Officials training/certification.