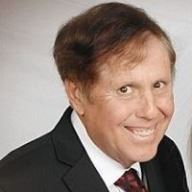 Richard started and is the CEO of the Association for a Healthier America which is a nonprofit FL corporation.  It is involved in a very important Public Health effort that will very significantly reduce the risk of Strokes, CVD, CKD, and other diseases in the general population with little cost.  The effort has been endorsed by many distinguished nationally and internationally known experts in the field of Public Health. All of the work done by Richard and others is pro bono.

Richard graduated from MIT (GPA 4.6/5.0) in Electrical Engineering and Computer Science. He received a National Science Foundation Fellowship for graduate work at MIT and he completed most of the graduate course work in the PhD program.

The early part of his career involved computer related work in Higher Education. Some of his more significant achievements included developing a state wide state-of-the-art computer network for all of the colleges and universities in WV, developing a new computer language, and doing some of the computer work on one of the first fully automated “people movers”  in the US.

He later had a successful career in Engineering, Marketing and Sales, and Management with Scientific Atlanta. He was awarded a US Patent while working there.

He started his own successful business in the late 1990's and moved to Florida over 15 years ago and is still running that business.

He does pro bono work in Education in addition to his work in Public Health.

He was elected to the Daytona Beach Shores City Council in 2016 and will be on the City Council for another 4-year term starting in 2020.  He hopes that his work along with that of his fellow Council Members will have made life even better in DBS.

Richard’s son, Kyle, graduated from GA Tech and is working at the GA Tech Research Institute.