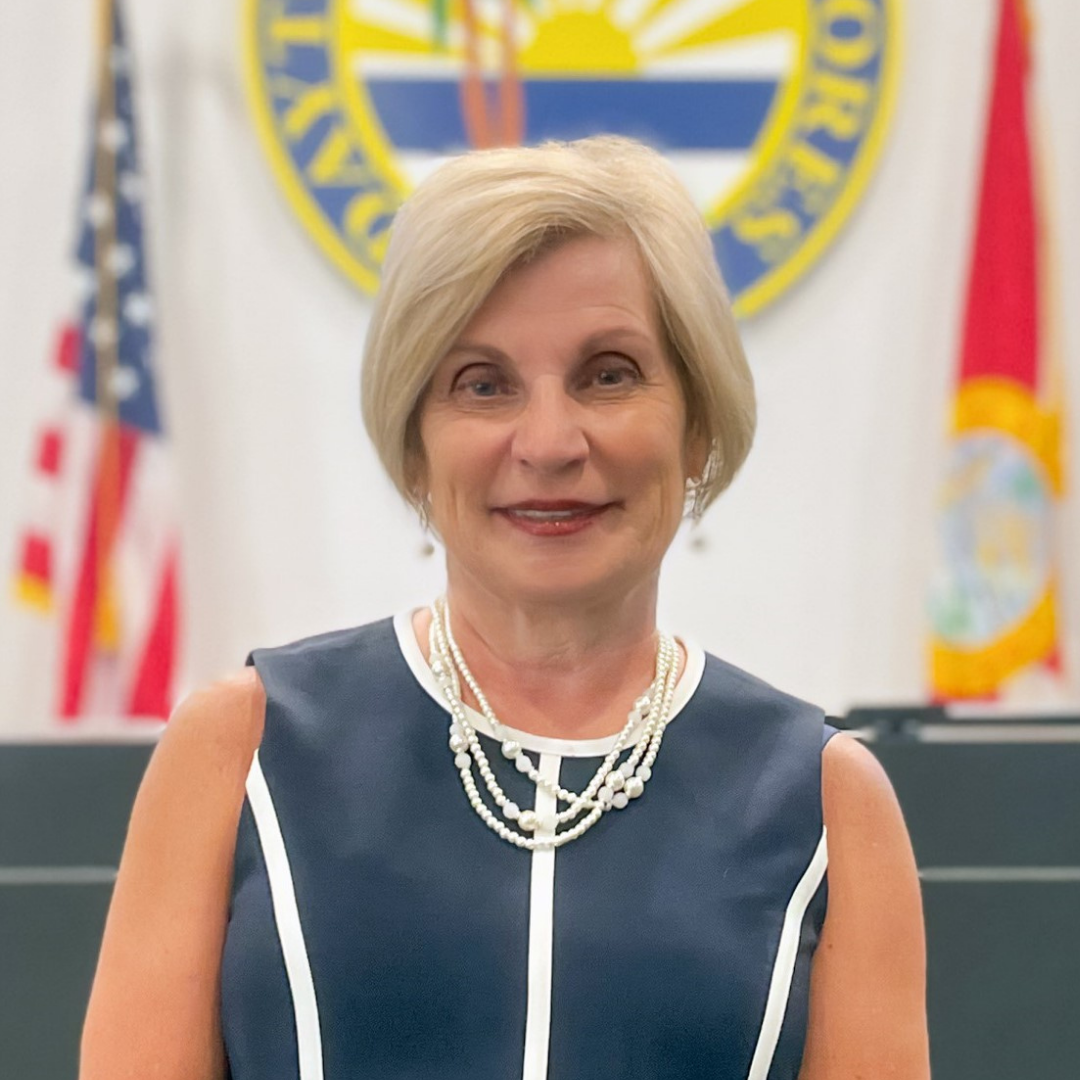 Nancy Miller was elected Mayor of Daytona Beach Shores in 2018 and was sworn in on November 13, 2018, for a four-year term. She was re-elected without opposition in 2022 for a second four-year term that will go through November 2026.

During her tenure, city accomplishments have included the opening of Veterans Park and the Van Alder Dog Park, establishment of an Economic Development Committee, elimination of the city debt that resulted in a reduction in property taxes, approval of a Stipulated Settlement Agreement and redevelopment plan for demolition of the former Treasure Island resort, and recruitment for the much-needed and requested Halifax Health ExpressCare, the only urgent care center on the beachside.

Mayor Miller attended Youngstown State University and Kennesaw State University where she received her Professional Human Resource Certification. She has completed multiple courses in the Florida League of Cities University program, including the Institute for Elected Municipal Officials I and II and the Leadership Academy I.

She is Past President of Key Colony Home Owners Association. While living in Georgia, Miller was the coordinator for a Habitat for Humanity Build and volunteered at Ronald McDonald House. She was a Family Support Coordinator for Edward's National Guard Unit while he was deployed during Desert Storm.

Mayor Miller hosts monthly "Coffee with the Mayor" events to share current happenings in the Shores, meet Shores residents, hear what's on their minds, answer their questions and host guest speakers from the community. Coffee with the Mayor is held on the second Wednesday of each month at the Shores Community Center.

She is dedicated to making "life better in the Shores!"

The Millers have been married for 50 years. They have 3 children and 6 grandchildren.